“My marketing agency helps build business through social media marketing, media relations & video production. Making a difference is what I do best." 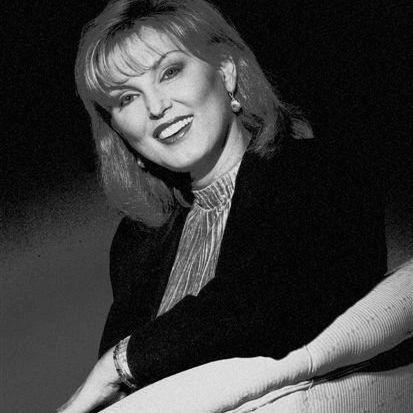 I’ve worked in the field of Social Media, Marketing, Media Relations, Website Design & Video Production for 15 years, helping brand and grow businesses. Prior to that I was an Emmy Award Winning News Reporter specializing in medical and health reporting & a News Anchor in major TV markets. I graduated college having majored in Mass Commun

I’ve worked in the field of Social Media, Marketing, Media Relations, Website Design & Video Production for 15 years, helping brand and grow businesses. Prior to that I was an Emmy Award Winning News Reporter specializing in medical and health reporting & a News Anchor in major TV markets. I graduated college having majored in Mass Communications, Marketing, Public Relations, Journalism and Video Production.

My experience is broad and covers all the daily challenges you would expect in the field of Social Media, Marketing, Media Relations, Website Design and Video Production.

My work consistently gets results.

My clients include businesses, medical centers, doctors and pharmaceutical companies and more.

My passion is helping people and companies reach their business goals.  Especially in the field of medicine.

I have helped build businesses, including the medical practices of doctors, medical centers and helped boost the credibility and reputations of physicians, hospitals and companies, increasing their business and got them the recognition they deserve.

Making A Difference is What Marilyn Does Best

From her groundbreaking investigative series "Cancer At The Pumps" which changed Florida laws requiring vapor recovery systems on gas pumps, to "Dangerous Diets" which triggered a congressional investigation into the diet industry, to the "Ryan White Story", about a young man whose courage helped educate the world about AIDS and contributed to Congress passing the "Ryan White Act."

What matters most to Marilyn is making a difference in people's lives.

After nearly three years in North Dakota she jumped to WRTV in Indianapolis.

Medical reporting became her special calling even from her career beginnings and winning awards for her stories including: receiving the United Press International first-place award for her special report on kidney transplants; and a first-place award from the Associated Press for a news series examining the plight of the facially disfigured. This series of reports also earned her the prestigious CASPER Award from the Indiana State Medical Association.

After breaking the Ryan White story, Marilyn moved to WJLA-TV in Washington, D.C. where several of her medical stories are archived at the National Library of Congress.

She then took a break from the broadcast industry and entered the world of politics at its highest level, serving with the White House Press Advance Corps under the first Bush Administration.

Miss Mitzel declined an opportunity to join the White House Staff to rejoin the private sector.

During her career she has interviewed five U.S. Presidents.

Leaving the White House, she re-entered the world of broadcasting joining WSVN in Miami as a health reporter and news anchor.

She received an Emmy Award for her half-hour special, "A Matter of Life and Death," and an Emmy nomination for her series, "Hope Never Dies."

She was named one of South Florida's "UP AND COMERS" by Price Waterhouse and Medical Communicator of the Year by the Dade County Medical Association.

She also received the Outstanding Achievement Award from the Associated Press, and Special Recognition Awards from the American Heart Association, Florida and Broward Dietetic Associations, and the South Florida Diabetes Foundation.

Marilyn continues to make a difference as a spokesperson for the healthcare industry.

She produces and distributes medical and health segments to the national media.

She was also an Adjunct Professor at Florida International University.

A native of North Dakota, Marilyn earned a Bachelor of Science degree in Mass Communications. She attended Arizona State University's Walter Cronkite School of Journalism. She continued her education working on her Masters in Journalism at Butler University in Indianapolis.

She is the Marketing Director for The CyberKnife Center of Miami and Horizon Medical Services. Plus she volunteers her time doing the social media posts for Pilots N Paws.

Emmy/half-hour special "A Matter of Life and Death"

Medical series, "Dangerous Diets" triggered a congressional investigation into diet industry and the danger is fast weight loss requiring all weight loss companies to change their diet plans to a safer, slower method greatly reducing the risk of heart attack and stroke

Broke the Ryan White story about a young Indiana man whose courage helped educate the world about AIDS, calming the fear and hysteria that came with it and contributed to Congress passing the "Ryan White Act" which is the largest funded bill for research and treatment of AIDS patients

Medical story is archived in the National Library of Congress about a three year old musical prodigy who was born blind yet began playing by ear as a toddler. His favorite is classical music and Bach

Established the internship program at KFYR TV in Bismarck, ND

regarding her work and her person